To keep any type of septic tank system in good condition you need to make sure that all of the household appliances connected to it are well-maintained and function the way they should. 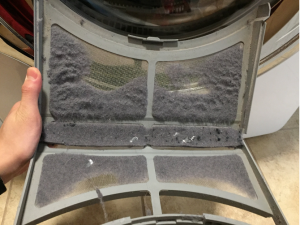 Laundry lint is some of the most common annoying things that appear on clothes after using a washing machine. One of the best ways to avoid it is to regularly clean the lint filter of your washing machine. By doing this you will prevent it from ending up inside your septic tank.

No matter if you own a standard or a newer washing machine model with a top-loading and front-loading option, you need to know how to maintain your washing machine in order to enhance its efficiency and have perfectly clean and nice-smelling clothes every time.

To ensure their proper function we need to regularly clean the accumulated lint from the lint filter of our washing machine. Otherwise, leaving the lint uncleaned for too long increases the risk of having fuzzy clothes and low work efficiency for the washing machine. 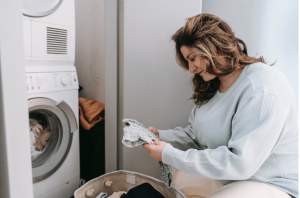 Another bad side effect of skipping regular lint filter cleaning is frequent effluent discharge. Because lint isn’t biodegradable, it has the potential to lead to clogs inside a septic field pipe system. And clogs are one of the things that shorten the life of a septic tank system.

It’s not a good thing to leave lint clogs in a washing machine as this decreases its efficiency and it can destroy the quality of your clothes over time. As a result of the lack of regular lint trap cleaning our clothes won’t have a nice scent after the usual laundry cycle.

If you want to learn what is the right way to maintain your washing machine and its lint filter and how to prolong its life, then it’s a good idea to follow the useful tips and tricks we are going to give you below.

What is a Washing Machine Lint Filter?

A washing machine lint filter is a small-size mesh filter and its main purpose is to trap all of the lint, hard dirt, and small pieces of paper that come out of the clothes during the washing process. It’s removable and it’s located on the washing tube that is inside every washing machine.

The use of a lint filter prevents lint from getting stuck on your clothes and spoiling their condition. For those who don’t know, lint consists of small natural fibers like cotton and synthetic fibers such as nylon and polyester that fall from the surface of the clothes. 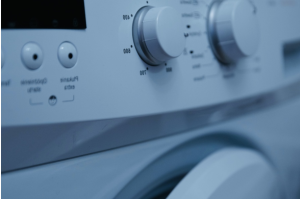 During the washing process, the lint from one piece of clothing gets stuck on another piece of clothing and as a result, a dust-like lint layer is formed on the clothes which makes them not only look unattractive but it’s also difficult for removing afterward.

Cleaning experts recommend you have your lint filter fully cleaned at least four times per year for the best results. Lint filters need partial cleaning once or twice per week.

What Types of Lint and Debris Does a Washing Machine Lint Filter Catch?

What is the Importance of Having a Washing Machine Lint Filter If You Have a Septic System?

How to clean your lint trap by yourself?

When it comes to a medium amount of lint accumulation anyone can clean their lint trap by themselves by following these simple steps. Make sure to read the manufacturer’s manual first. There you should find out where the washing machine’s lint filter is located. 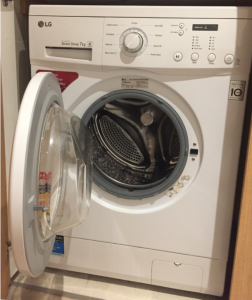 The completion of this first step depends on where your lint filter is located. If it’s on the top rim of the washing tub, put your fingers around the top of the washer drum. You should find a screen that can be pulled out.

And if it’s located at the end of the drainage hose or near the water pump (which is often the case with standard load washers), to access it you need to remove the outer housing of the washer. The lint filter can be found at the spot where the hose connects to the washer housing.

Now it’s time to clean the space where the filter is located as there you are also likely to find some amount of stuck dirt debris. For properly cleaning it you can use a toothbrush to reach even the smallest crevices. 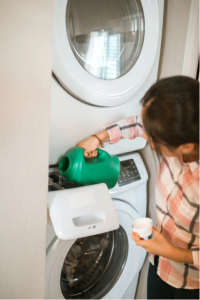 To ensure their optimal function you need to run cleaning cycles on a monthly basis in order to get rid of the lint debris. By doing this you will achieve proper disinfection of the washing machine and prevent the appearance of unpleasant odors.

If you still notice traces of lint after the cleaning cycle, then this may be a sign that it’s time to clean the water pump filter. Clogs inside washing machine water pumps lead to slow drainage of the water from the wash and rinse cycles.

These clogs can be a result of lint accumulation or different objects such as socks, buttons or coins that can get stuck in the system.

As a result you will start seeing more and more lint on your clothes. By regularly cleaning the water pump filter you will ensure the optimal performance of your washing machine and have lint-free laundry.

If you find out that there is a considerable amount of lint debris stuck on your washing machine’s lint filter or inside its  water pump filter, the best option is to use the services of a professional cleaning company that is specialized in septic tank cleaning.

2022-12-05
Previous Post: Can I Flush That? A List of Items You Should and Should Not Flush When You Have a Septic System
Next Post: Buying a Home? What You Need to Know About Its Septic System?